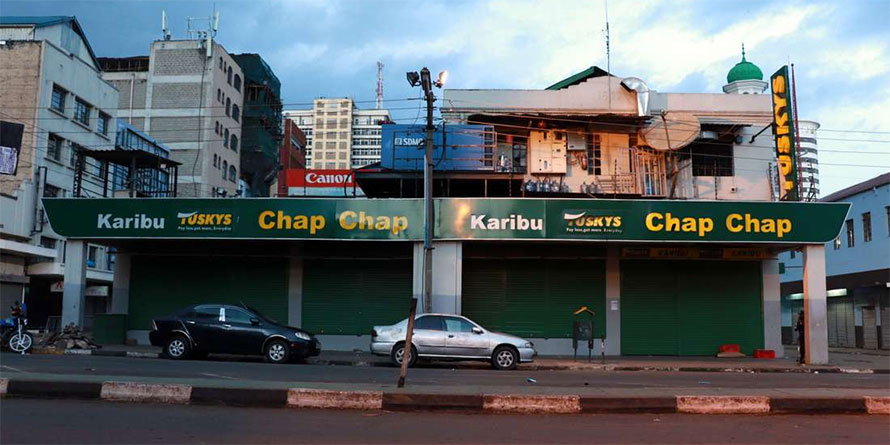 KENYA – Tuskys Has Run Out Of Cash, Jittery Suppliers Turn To State For Intervention To Avoid Another Uchumi, Nakumatt Run Down. The suppliers are jittery over the debt impasse, especially following the collapse of Nakumatt and Uchumi supermarkets, which sank with Kshs 18 billion owed to them. This will mean delays and reductions in payments to suppliers, banks, and landlords, chief executive officer Dan Githua said. The retailer had renegotiated payment terms, but while offering reassurances that it planned to honor the payments, it revealed that it may not honor them at the agreed time.

Manufacturers want the government to urgently intervene and oversee the payment of money owed to Tuskys supermarkets’ suppliers to avoid a full-blown debt crisis. The suppliers are jittery over the debt impasse, especially following the collapse of Nakumatt and Uchumi supermarkets, which sank with Kshs 18 billion owed to them. Their concerns follow an admission by Tuskys that it is facing constrained cash flow due to the impact of COVID-19 on its business.

This will mean delays and reductions in payments to suppliers, banks, and landlords, chief executive officer Dan Githua said.

The retailer had renegotiated payment terms, but while offering reassurances that it planned to honor the payments, it revealed that it may not honor them at the agreed time. The company has maintained that it is committed to protecting the interests of its suppliers.

But in a fresh twist to the dispute, manufacturers have now written to the Ministry of Industrialization and Trade and the Competition Authority of Kenya (CAK) calling for a speedy resolution of the debt impasse.

Kenya Association of Manufacturers (KAM) chief executive Phyllis Wakiaga said that while the lobby has held discussions with Tuskys management over delayed and late payments, the continuing standoff is likely to hurt the whole manufacturing sector and snowball into a bigger crisis.

“However, manufacturers have informed us that their payments remain outstanding to date for goods supplied as early as this year and there has been low communication from yourselves on the measures indicated in your letter,” Ms. Wakiaga said in the May 22 letter to Tuskys, which the Sunday Nation has seen.

“This situation is now causing apprehension within the manufacturing sector and which may lead to a low supply of goods in the market in order to manage their risks,” she added. In the letter, which is copied to Industrialization and Trade Cabinet Secretary Betty Maina and CAK Director-General Wang’ombe Kariuki, the manufacturers want Tuskys to provide more detailed information on its proposed payment plans for manufacturers who supply to it, indicating the average payment periods and a detailed financial plan on its current financial measures.

“We further request … an urgent meeting with yourselves in the presence of the Ministry of Trade and Industry as well as the Competition Authority to address this matter with finality,” Ms. Wakiaga wrote.

In his letter, last month to Mr. Kimani Rugendo, the chairman of the Association of Kenya Suppliers, Mr. Githua, the Tuskys boss, blamed measures taken to control the spread of Covid-19 such as social distancing and reduced operating hours for lower traffic in its stores.

He added that the retailer had shut some branches and merged others in a bid to stem losses at individual stores.

“Despite these efforts, some supplier obligations may be deferred and therefore some of your members have been impacted. We have communicated individually to these suppliers that their payments will be delayed,” Mr. Githua said.

Tuskys’ customers have reported stock-outs in sections of the retailer’s branches spread around the country. In 2018, the competition watchdog established a Buyer Power Department to curb potential abuses by retailers, including unnecessary delays in settling supplier claims. The creation of the unit was informed by the collapse of Nakumatt and Uchumi supermarkets that left billions of shillings of supplier debt unpaid.

In January, Nakumatt creditors voted to wind up the retail chain after a failed rescue attempt. The company had a network of more than 60 branches before a cash crunch forced it to shut more than a dozen stores in 2017, after it was unable to pay suppliers, landlords and other creditors.

Poor management, rapid expansion and disasters at their stores were some of the reasons advanced for the retail giant’s fall.

Its demise opened the doors for foreign chains such as France’s Carrefour and South Africa’s Shoprite to enter the market. The foreign retailers have sought to cut the dominance of family-owned Naivas and Tuskys. Other top retailers are Quickmart and Chandarana.

Kenya enacted new regulations last year to compel retailers to pay suppliers within 90 days. Those who breach the rule risk a jail term of up to five years or a Kshs 10 million fine.

Western hypocrisy on Yemen War, and why it’s getting more violent