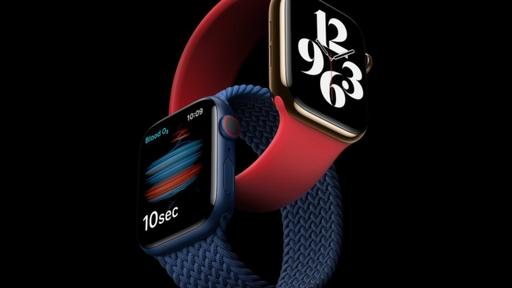 Apple today held its annual September event, but this year was a bit different because no new iPhones were announced. The “Time Flies” event focused on the Apple Watch Series 6 and the iPad Air, and saw the debut of a new Apple One services bundle.

The Apple Watch Series 6, starting at $399, looks like last year’s models but adds a faster S6 chip and a new sensor for measuring blood oxygen levels. That adds to the heart rate monitor and electrocardiogram sensors from previous generations, showing the company’s growing focus on health technology.

The new processor is twenty faster than the S5 in last year’s model, Apple Chief Operating Officer Jeff Williams said when announcing the product Tuesday at the company’s virtual event.

Apple has built a big lead in the global smartwatch market

Apple said a new blood oxygen app can take a reading in 15 seconds. The company said the measurement is another indicator of a user’s overall health and breathing ability. The company said it is also launching new health studies that leverage the new sensor.

The Series 6 also has a screen that is 2.5 times brighter while in the sun and an always-on altimeter for tracking altitude. The new Watch also has several new faces and bands.

The company also announced a new feature called Family Setup that lets a parent setup their child’s Apple Watch via their iPhone. This is useful for kids who don’t have an iPhone but want an Apple Watch.

The cheaper SE costs $279. It uses the S5 chip from last year’s model. The lower-end device competes more with watches from Fitbit Inc., which has agreed to be acquired by Google.

The Apple Watch has become one of the company’s best-selling devices, making it the biggest contributor to Apple’s wearables’ and accessories division. That segment generated revenue of $24.5 billion in fiscal 2019, almost double two years earlier.

The Apple Watch was last updated in September 2019 when the company added an always-on screen and new cases. This is the first year since 2016 that two new models were announced at once.

Earlier this year, Apple announced that watchOS 7, the software that runs on the new models and some previous versions, will add sleep-tracking functionality, dance tracking and hand-wash monitoring.

“Politics Is About Amplifying The Voices of Kenyans,” Justina Wamae