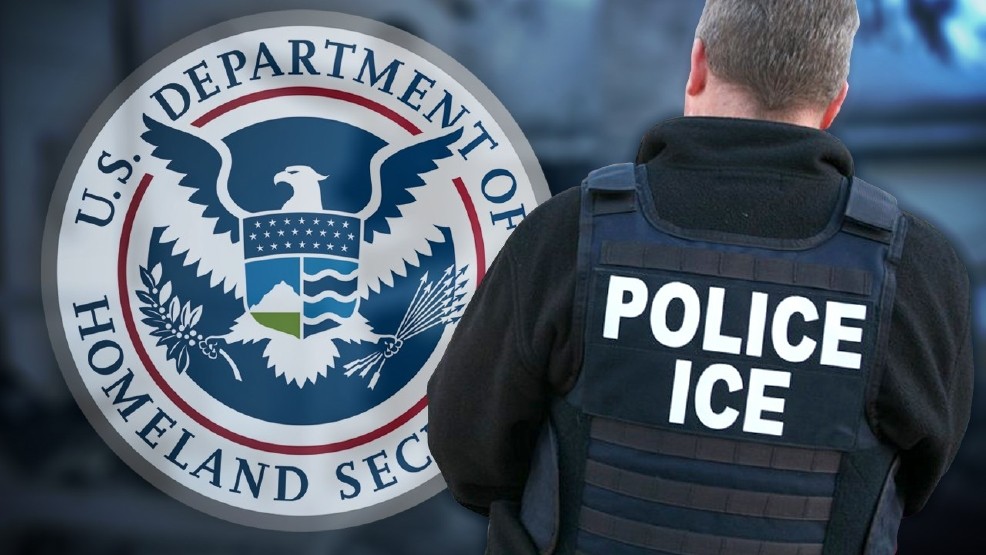 ICE U.S immigration officers allegedly tortured Cameroonian asylum seekers to force them to sign their own deportation orders, in what lawyers and activists describe as a brutal scramble to fly African migrants out of the country in the run-up to the elections, the Guardian reports.

Many of the Cameroonian migrants in a Mississippi detention Centre refused to sign, fearing death at the hands of Cameroonian government forces responsible for widespread civilian killings, and because they had asylum hearings pending.

ICE Operating In The Shadows With Violence and Threats

According to multiple accounts, detainees were threatened, choked, beaten, pepper-sprayed and threatened with more violence to make them sign. Several were put in handcuffs by Immigration and Customs Enforcement (ICE) officers, and their fingerprints were taken forcibly in place of a signature on documents called stipulated orders of removal, by which the asylum seekers waive their rights to further immigration hearings and accept deportation.

Lawyers and human rights advocates said there had been a significant acceleration of deportations in recent weeks, a trend they see as linked to the looming elections and the possibility that ICE could soon be under new management.

“The abuse we are witnessing, especially right now against black immigrants, isn’t new, but it is escalating,” said Christina Fialho, executive director of an advocacy group, Freedom for Immigrants (FFI). “In late September, early October of this year, we began to receive calls on our hotline from Cameroonian and Congolese immigrants detained in ICE prisons across the country. And they were being subjected to threats of deportation, often accompanied by physical abuse.”

“The reality is that ICE operates in the shadows. They thrive in secrecy,” Fialho added. “We know that the US government is deporting key witnesses in an effort to silence survivors and absolve ICE of legal liability.”

A plane carrying 60 Cameroonian and 28 Congolese asylum seekers was quietly flown out of Fort Worth Alliance airport in Texas on 13 October to deliver them to their home countries.

The charter plane did not release a flight plan, but it was tracked by immigration rights group Witness at the Border, which said it stopped in Senegal, Cameroon, the Democratic Republic of Congo and then Kenya before flying back to Texas.

The Cameroonian deportees were from the country’s English-speaking minority, which has been the target of widespread abuses, including extrajudicial killings, by government security forces seeking to crush a separatist movement. The Trump administration cut the country’s trade privileges at the beginning of this year because of the persistent abuses.

Most of the deportees on the flight had testified that they had suffered detention without charge and torture at the hands of the Cameroonian military, and had relatives who had been killed. They were detained for questioning on arrival in Douala, but some were freed after their families paid bribes, and have since gone into hiding.

As for the others, the lawyer Evaristus Nkongchu said: “We have no knowledge of what happened to those that were deported. We know they arrived, but we haven’t heard what happened after they arrived at the airport.”

The Cameroonian embassy in Washington did not reply to several requests for comment.

Detainees and their lawyers have been told there will be another deportation flight in the coming days, possibly as early as Friday.

‘I kept telling him, “I can’t breathe”

Cameroonians are routinely denied asylum or parole in the US immigration court system, which is run by the justice department.

Victims, family members, lawyers and human rights activists have described a range of coercive measures used by ICE on Cameroonian detainees at the Adams county correctional centre in Mississippi to make them sign their own deportation orders.

A complaint filed by FFI and the Southern Poverty Law Center (SPLC) cites eight cases of forced signatures or fingerprints on stipulated orders of removal.

One of those involved, identified by the initials BJ, said that on 27 September, ICE officers “pepper-sprayed me in the eyes and [one officer] strangled me almost to the point of death. I kept telling him, ‘I can’t breathe.’ I almost died.”

“As a result of the physical violence, they were able to forcibly obtain my fingerprint on the document,” BJ said.

Another detainee, known as DF, said that he was ordered to sign his deportation order by an ICE agent on 28 September.

“I refused to sign. He pressed my neck into the floor. I said, ‘Please, I can’t breathe.’ I lost my blood circulation. Then they took me inside with my hands at my back where there were no cameras,” DF said. According to his account, he was then taken to a punitive wing of the Adams county center, known as Zulu, and subjected to further assault.

“They put me on my knees where they were torturing me and they said they were going to kill me. They took my arm and twisted it. They were putting their feet on my neck. While in Zulu, they did get my fingerprint on my deportation document and took my picture,” he said. DF was one of the detainees on the 13 October flight to Douala. It is unclear what has happened to him since.

A third detainee, CA, said he was forced to the ground, sat on, handcuffed and pepper-sprayed. “I was crying, ‘I can’t breathe,’ because they were forcefully on top of me pressing their body weight on top of me. My eyes were so hot … I was dragged across the ground,” he said. “The officers told me to open my eyes. I couldn’t. My legs and hands were handcuffed. They forcefully opened my palm. Some of my fingers were broken. They forced my fingerprint on to the paper.”

CA was taken off the 13 October flight, but still faces deportation.

Two Cameroonians were taken off the 13 October deportation flight at the last moment after the intervention of human rights advocates through the office for civil rights and civil liberties in the Department of Homeland Security (DHS), but they have been told by ICE agents it will not save them from deportation.

Patrick, a detainee who has been told he is on the deportation list, said he has not been able to sleep knowing that ICE agents could come for him at any time, and that for him, deportation could well be a death sentence.

“I live in worry because I don’t know what awaits me. I don’t even know what the next day is going to look like, and will I be taken back home,” Patrick (a pseudonym) told the Guardian in a call from a detention center. He did not want his name used because of the risk to his surviving family members.

His lawyer, Ruth Hargrove, said: “He actually has a very strong case for asylum, but the problem is he may die before he gets his hearing, because he was supposed to be on that plane that went out last week, and his ICE officer just guaranteed that he will be on the next flight.”

An ICE spokeswoman, Sarah Loicano, confirmed that a formal complaint over use of force against the Cameroonian detainees had been submitted to the DHS inspector general.

Loicano added: “That said, in general, sensationalist unsubstantiated allegations, particularly those made anonymously and without any fact-checkable specifics, is irresponsible, and should be treated with the greatest of skepticism.”

“ICE is firmly committed to the safety and welfare of all those in its custody. ICE provides safe, humane, and appropriate conditions of confinement for individuals detained in its custody,” she said.

For those who have already been deported, any reforms to ICE would be too late, and they are currently in no position to give evidence about their treatment in the US.

The Texas-based sister of one of the deportees who escaped into hiding after the 13 October flight to Douala, told the Guardian: “My brother ran away to America thinking that you will be safe here in another culture. But they sent him back and right now he has no life. He’s hiding in the bush. What can you do in the bush?”

Police Arrest a Woman Intending To Sell Her Two-week-old Son For KSh 60,000

Plastic treaty would be historic for planet: UNEP chief