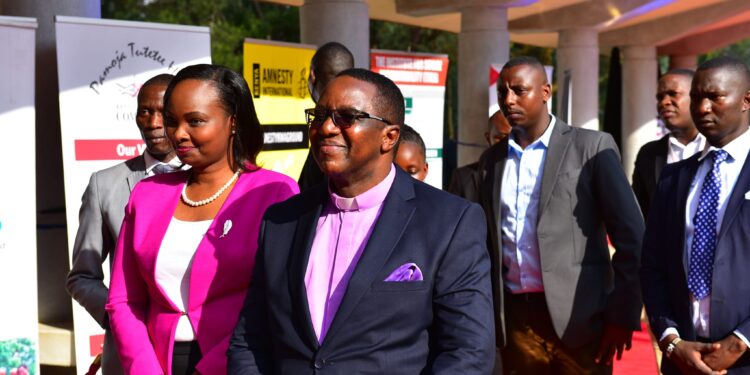 The Agano party presidential candidate has named his potential Ministers,Photo/Courtesy

The Agano Party Presidential candidate David Mwaure says he will appoint Ida Odinga and Rachel Ruto to his cabinet if he wins the August 9 polls.

Addressing the media on Thursday,Mwaure said the names have been proposed by Kenyans

He also cited CS Fred Matiang’i and Roots Party deputy presidential candidate Justina Wamae among some of the proposed names he will consider for government appointments.

“I think very prophetically and visionary, the name of Mama Ida has been proposed. The question we are asking is why can’t she serve in government. There’s also the name of Mama Rachel Ruto. The name of my brother Reuben Kigame is also on the list,”he said

“From where we are seated, if Wajackoyah mends his ways, we can make him to be in charge of the cancer centre we want to develop,” he said.