Sammy Boy Addresses Leaked Gay Videos of Himself, Says He Was Young and Desperate 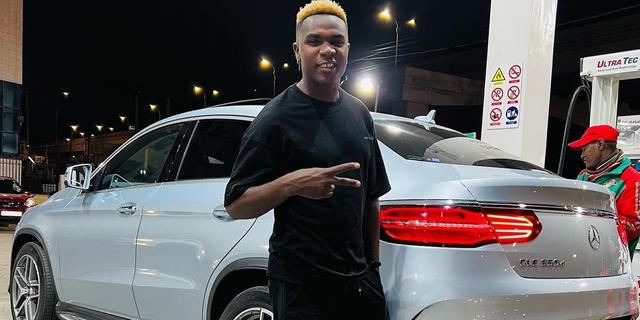 Forex trader and social media influencer Sammy Boy has come out to address leaked videos and photos depicting him as a homosexual.

Sammy Boy admitted he is the person in the said materials while sharing about his troubled past and tribulations at the hands of people who have been taking advantage of him.

According to Sammy Boy, the videos and photos were taken about seven years ago when he was young, stupid, broke, naive, and separate.

The rich forex trader disclosed that he is now a reformed person and does not want his past to haunt him, hence the decision to come out clean.

”The materials were leaked on Monday, and we were expecting it. We had to give a go-ahead to the person who leaked them because he thought he was going to be rich through me. The videos you are seeing now are from the year 2015-2016. I was around 19, I was still new in college, and I was naive. I did not want to do that video and I met with a guy who lied he’ll help me fly to the US. So, he would request I send him the videos and photos in exchange for money and a trip to the US. By that time, I did not have any option and I needed to survive,” Sammy Boy said.

Sammy Boy, during an interview with Sammy Kioko said the person he sent the material to seven years ago started blackmailing him when he started being successful.

The forex trader went on to reveal that he had previously sent a lot of money to the person so as not to leak the videos and photos, but he kept coming for more.

Tired and frustrated by the blackmailer, Sammy Boy finally decided to let him leak the material.

He, however, distanced himself from claims he is gay and held that they only sent out the videos and photos to the people so that they can get money and nothing much.

Sammy Boy noted that he decided to ignore the people after they started threatening him.

According to the forex trader, the people had asked him to send them KSh 400,000 which he refused, leading to the leak.

Cybercrime on the Rise in Africa, Security Experts Say

At Least 6% of Fishing Globally is Done Illegally, Study Reveals