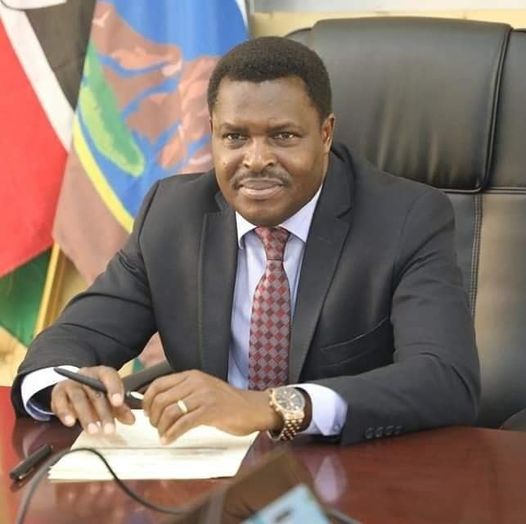 The embattled governor surrendered at the commission’s Integrity House headquarters, Nairobi, for processing and possible arraignment, officials said. He is in trouble over a tender for a KShs 34.9 million solid waste project, which investigators said was irregularly awarded.

Njuki and his wife are among ten people expected to be charged this morning with corruption.

This was after the Director of Public Prosecutions Noordin Haji approved recommendations of the Ethics and Anti-Corruption Commission (EACC) on his involvement.

“I am satisfied that there is sufficient evidence to charge the named persons with various criminal offences,” Haji said, adding that the illegality was bolstered by officials in the finance and procurement departments.

According to Haji, seven companies all associated with the county chief placed bids. Westomaxx, bagged the lucrative tender despite providing fraudulent documents.

A contract for the supply, installation and commissioning of an incinerator was hence entered into between the Chief Officer Environment, Fridah Muthoni, and Westomaxx Investments Limited and the contractor issued with an LPO before the expiry of 14 days following the giving of a notification contrary to the Public Procurement and Asset Disposal Act, 2015.

Westomaxx Investments Limited then installed an incinerator they had procured from Generation Electronic & Allied Company Limited, a company which – as stated by the DPP – is associated with Governor Njuki.

Generation Electronic & Allied Co. Ltd had reportedly imported the generator to Kenya at a cost of KShs 3,879,945.30.

“The fraud at the County, Government was perpetrated by the county officials at the Procurement Department and Finance Department who disregarded the procurement laws and procedures,” said DPP Haji.

“Due to the fraud involved in winning the tender, Westomaxx Investments Limited fraudulently acquired the said amount of Kshs 34,998,500.00 from the County Government of Tharaka Nithi.”

“The project was procured, implemented and commissioned without an Environmental Impact Assessment and before being licensed by the National Environment Management Authority (NEMA),” the DPP added.