Miguna Miguna Confirms His Exile Ban Has Been Lifted 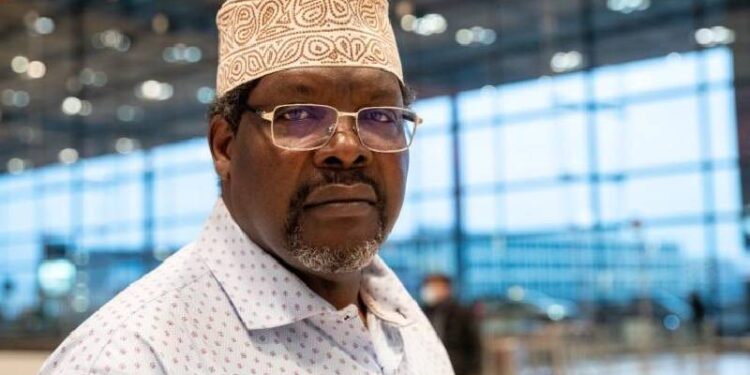 Miguna Miguna has confirmed his return to Kenya after President Ruto lifted his exile ban.

The lawyer in a statement on Tuesday, September noted that he had received assurance from the newly sworn in President William Ruto that his exile will be lifted by Wednesday, the next day.

“I’m happy to announce that President William Ruto has assured me that the red alerts will be lifted on Wednesday, September 14, 2022.

Miguna went ahead to say he was ready to return home after his passport renewal.

“Thereafter, I will have my Kenyan Passport renewed and I’ll announce the date of my return to my motherland. Bravo!” announced Miguna.

President Ruto had promised to bring back Miguna saying that he belonged to Kenya, and would be tried by Kenyan Laws, if necessary, instead of casting him out.

“We will bring back Miguna Miguna to the country within the shortest time possible. This is because he’s Kenyan and even if he has committed a crime, we have laws in place that he would be tried against. I don’t see any need for having refugees from other countries while our very own is a refugee in another country,” Ruto stated during the tour.

The outspoken law practitioner in Mid-August claimed to have packed his bags, waiting for Ruto to be sworn in so he could come home.

“To all patriots: Relax. Thanks for the solidarity. Yes, I’ve packed my bags and I’m ready. But before I can take my flight back home, William Samoei Ruto must first be sworn in as President, the red alerts lifted, and my Kenyan passport renewed. See you soon. Cheers!” he said at the time.

Nick Mwendwa - Get Ready For The Return Of Football

Vera Sidika Claims She Detests Her Big Nyash, Wishes She Had A Small One