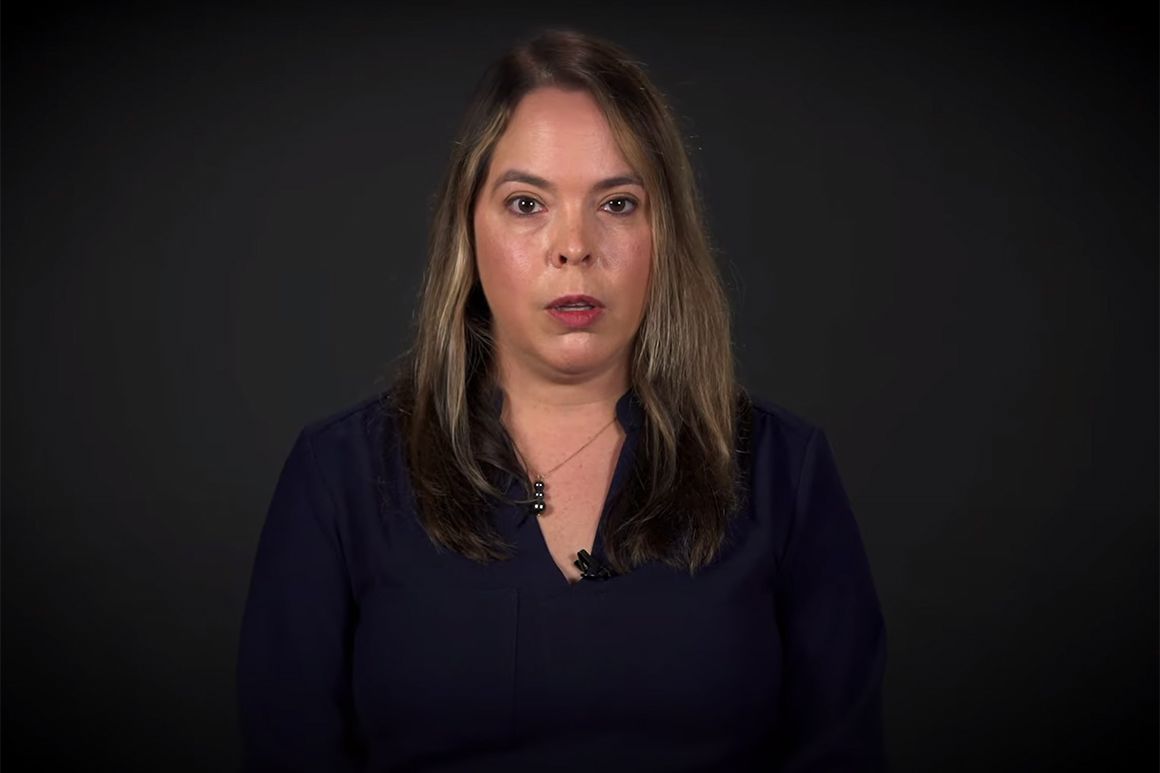 Olivia Troye, Vice President Mike Pence’s former top coronavirus task force adviser, slammed President Donald Trump’s pandemic response in an interview and in a video published Thursday. Troye said that Trump actively undermined the task force’s efforts to protect Americans and that he cared primarily about the economy and his reelection rather than the pandemic response. Troye described one COVID-19 task-force meeting in which she said the president — a known germaphobe — remarked that the pandemic might be a “good thing” because it prevented him from having to shake hands with “disgusting people.

Olivia Troye, who until recently served as Vice President Mike Pence’s top coronavirus task force adviser, slammed President Donald Trump’s pandemic response in an interview with The Washington Post and in a new video for the group Republicans Voters Against Trump.

In the video, Troye describes a COVID-19 task force meeting in which she says the president remarked that the pandemic might be a “good thing” because it prevented him from having to shake hands with “disgusting people.” Troye said the president was referring to his supporters.

“When we were in a task-force meeting, the president said: ‘Maybe this COVID thing is a good thing — I don’t like shaking hands with people. I don’t have to shake hands with these disgusting people,'” Troye says in the two-minute video. “Those disgusting people are the same people he claims to care about. These are the people who are still going to his rallies today, who have complete faith in who he is.”

Trump is a Germaphobe

Trump is well known to be a germaphobe and has publicly said he doesn’t like shaking hands.

Troye, who served as a senior aide to Pence on homeland security and counterterrorism for two years, was deeply involved in the administration’s coronavirus response. She said she left her White House job in August after concluding that the president was undermining efforts to keep Americans safe.

“The truth is he doesn’t actually care about anyone but himself,” she said.

In an interview with The Washington Post published Thursday, Troye said that Trump’s pandemic response showed a “flat-out disregard for human life” and that he was more concerned with the economy and his reelection than with protecting Americans.

“The president’s rhetoric and his own attacks against people in his administration trying to do the work, as well as the promulgation of false narratives and incorrect information of the virus have made this ongoing response a failure,” Troye told The Post.

Troye also said any vaccine produced before the election might be dangerous.

“I would not tell anyone I care about to take a vaccine that launches prior to the election,” she told The Post. “I would listen to the experts and the unity in pharma. And I would wait to make sure that this vaccine is safe and not a prop tied to an election.”

NEW AD: @OliviaTroye was @VP‘s lead staffer on COVID-19. She put her heart & soul into the job.

After a while she couldn’t look herself in the mirror because no matter what she did, the President would undermine it and make Americans less safe.

The White House and Pence’s team dismissed Troye’s allegations, characterizing her as a “disgruntled” former employee.

“Ms. Troye is a former detailee and a career Department of Homeland Security staff member, who is disgruntled that her detail was cut short because she was no longer capable of keeping up with her day-to-day duties,” Pence’s national security adviser, Lt. General Keith Kellogg, told The Post in a statement. “Ms. Troye directly reported to me, and never once during her detail did she every express any concern regarding the administration’s response to the coronavirus to anyone in her chain of command. By not expressing her concerns, she demonstrated an incredible lack of moral courage.” Judd Deere, a White House spokesman, called Troye’s allegations “flat-out inaccurate.”