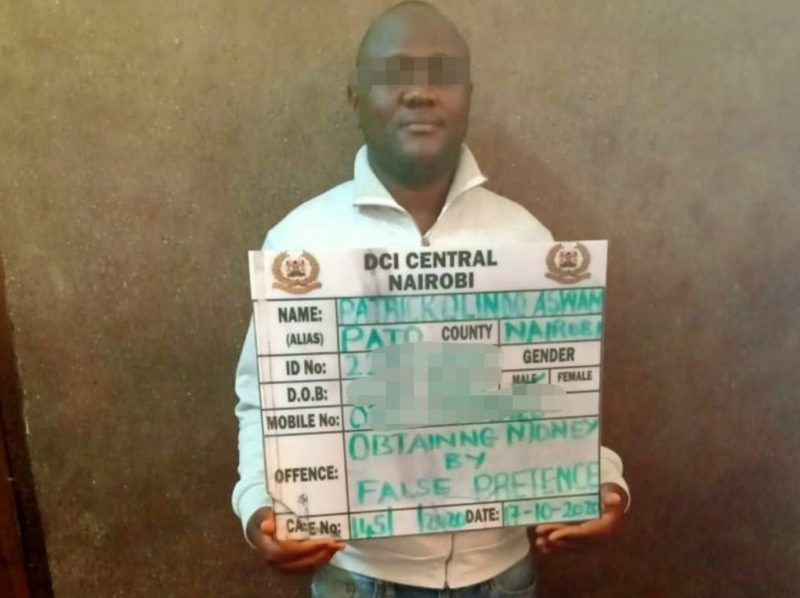 DCI mounted an operation and caught Patrick Olindo Aswani, a notorius conman and fraudster, allegedly accused of fraudulently obtaining money from several unsuspecting citizens on the pretext of being able to import vehicles on their behalf.

In the Nairobi Region alone, according to DCI, the area had received several cases and complaints where his victims lost millions of shillings, with similar cases being reported in other police stations around the country.

“Individuals or Entities that could have fallen victim of his fraudulent activities are requested to get in touch with the Regional Criminal Investigations office, Nairobi (Adjacent to Integrity Center) for assistance,” DCI said.

Aswani is accused of fraudulently obtaining money from several unsuspecting citizens in the pretext that he could import vehicles on… pic.twitter.com/HvpB2vSA3J

Legality of Car Importation in Kenya

According to the Car Importers Association of Kenya, about 130,000 used cars are imported annually in Kenya, mostly from Japan, Singapore and the United Kingdom. The vehicles are both for commercial and private use.

Whereas it is a legitimate business to offer importation consultancy services – a middle man handling all the paperwork on behalf of a car buyer- many have fallen victim to schemes by unscrupulous persons.

This arrest comes three weeks after DCI detectives arrested a fraud suspect, identified as Innocent Oundo Sillingi, at JKIA while trying to hop on a flight and flee to Dubai.

According to DCI, the suspect was involved in swindling Kenyans of their money amounting to more than Sh10 million.

Keep Mau Issue Out Of Your Campaigns,Ruto Tells Raila

The Blossoming Illegality: Inside the Kenya – Uganda Human Trafficking Racket