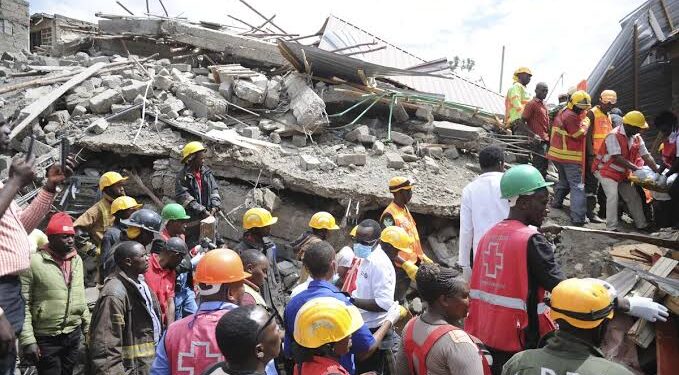 Five people have lost their lives after a building under construction collapsed at Kirigiti in Kiambu County.

A child is one of those who were rescued in the ongoing rescue operations where the 7-storey building collapsed.

Moreover, the child was rescued and rushed to Kiambu Level 5 hospital for a check-up.

The 7 storey building collapsed on a residential house below it trapping people inside.

As of Monday morning, the death toll had increased to three and six were injured.

The incident is blamed on lack of supervision and greediness by contractors.

Furthermore, Kiambu head of DCI Richard Mwaura mentioned that they have launched probe into the incident.

“We are now focused on rescuing the victims and will deal with the rest later,” he said.