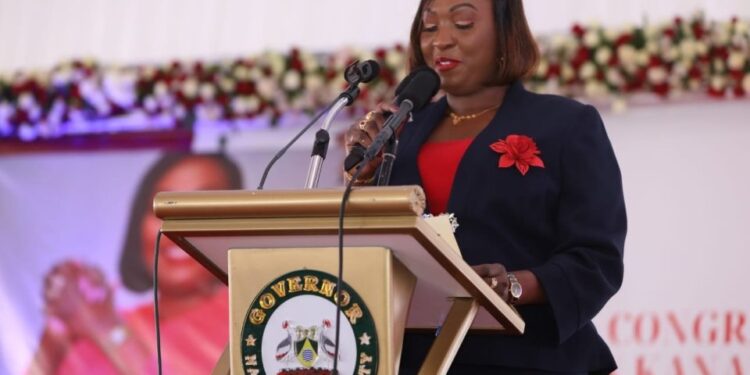 Kananu said the integrity tests must be made mandatory by the Independent Electoral and Boundaries Commission (IEBC) before clearance to compete in the August polls.

“People who handle public funds must be transparent and have good governance skills,” she said.

Speaking in Riruta ward in Dagoretti South on Tuesday, the Governor announced her intention to defend her seat on a Jubilee ticket under the Azimio la Umoja coalition, saying she has projects to complete.

“We have unfinished business. We have to complete the development projects we started and continue improving the lives of Nairobi residents,” she said.

“As you know, the plan involves construction of new fire stations in all the 17 sub-counties in Nairobi,” she said.

This will ensure quick response to fires and possible rescue of lives and property, she noted.

Waweru, who is seeking to re-election on a Jubilee ticket, stated that public resources must be guarded absolutely.

“That is why I support the proposal to have IEBC only clear those who have undergone mandatory integrity tests and passed,” said Waweru.

During the visit, Governor Kananu donated foodstuffs and other essential items to the Kabiria fire victims.

Dogoretti South sub-county administrator Edward Musuni said the cause of the fire is still unknown as investigations continue.

Western hypocrisy on Yemen War, and why it's getting more violent

Raila Says He Wants To Be Told The Truth