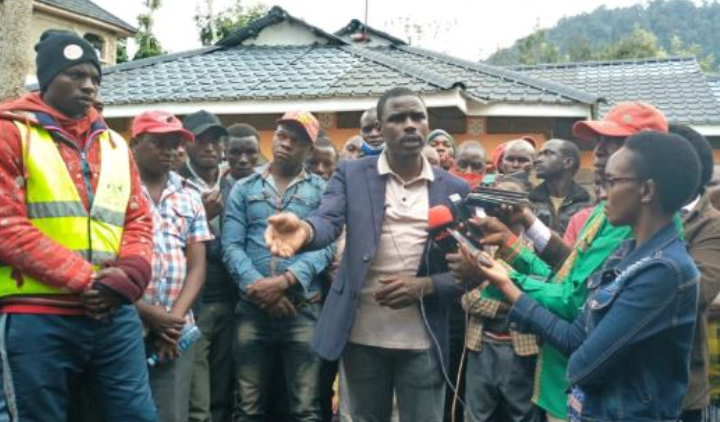 Igembe South Member of Parliament John Paul Mwirigi has blamed his Friday attack on power supremacy battles between a section of leaders from Meru. He said he was mistakenly thought to be a Tangatanga ally.

Speaking at his Riaki home where he was accompanied by a group of his supporters, the youngest legislator said the attack was politically schemed to stop him from attending the Kanuni meeting held in his constituency.

“This was a clear political fight to prove who is more powerful. It is unfortunate that I am mistaken to be a TangaTanga member which is not true because I was elected on an Independent ticket,” he said.

He warned Meru leaders against dividing the region along political lines ahead of the 2022 election.

In the meeting that was attended by Agriculture Cabinet Secretary Peter Munya, East African Legislative Assembly Mpuru Aburi, and Pan African Climate Justice Mwenda Mzalendo during the launch of sunflower farming, MP Mwirigi was attacked by a group of irate youths forcing the police to fire in the air several times to calm the situation. The lawmaker sustained minor injuries.

“I had received an official invitation to the meeting. I have since learned that it was not a genuine invite because I was attacked as I tried to address the crowd that was already incited against me,” he added.

Condemning the act, he said it was outdated and barbaric for leaders to misuse power and go back to confrontational and divisive politics out of ‘greed for power’.

“Our greatest problem in Meru is that everyone want to be heard and become the kingpin of the region. We are ready to face anyone because we cannot be forced to follow a certain political direction. I am not a coward but I only decided to respect my elders leaders,” he remarked.

Accusing CS Munya of trying to endorse an alleged PNU 2022 candidate (Mr. Mzalendo), the legislator urged leaders to focus on development and service delivery to the residents of Meru.

Mwirigi, however, clarified that his presence at the Deputy President William Ruto’s home a few weeks ago shouldn’t have warranted the Tangatanga tag.

He said he will support a presidential candidate who only has interests of the Meru community at heart.