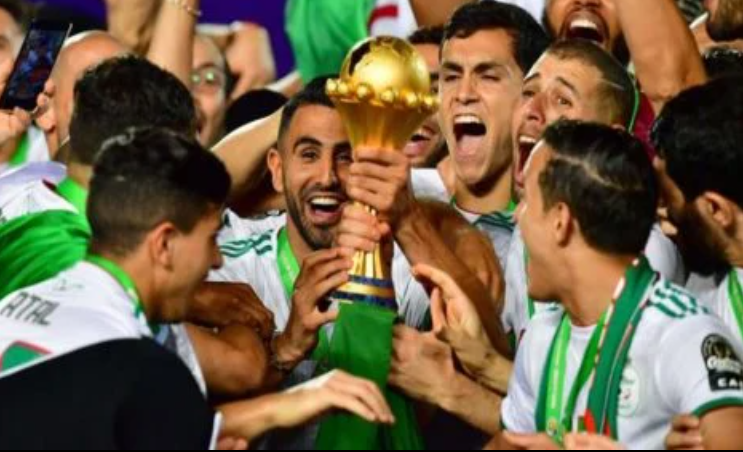 In a photo taken on July 19, 2019, the Algerian team celebrates after winning the 2019 Africa Cup of Nations (CAN) Final football match at the Cairo International Stadium. PHOTO | AFP

The Confederation of African Football (CAF) says it will consider postponing the 2012 Africa Cup of Nations competition by a year in the wake of the current challenges occasioned by the Coronavirus pandemic even as it hopes to commence the qualification matches in October.

The Nations Cup is the continent’s premier football and sporting event. It is contested by 24 nations after every two years with the next edition slated for January 2021.

Football activities on the continent and around the world have been halted for the past three months by the Coronavirus pandemic, affecting the qualification matches for the tournament which were to be held in March and June.

“What we can say is that all the confederations hope to be able to play again this year and each is making its own arrangements. In this regard, the Asian confederation has announced it will resume its qualification in October and November. And at CAF, we subscribe to this logic,” CAF’s Acting General Secretary Abdelmounaïm Bah told Radio Sport Info.

“The international windows scheduled for March and June have been cancelled, but the months of October and November 2020 represent a lot of hope. We no longer include September in the strategies because it will quite complicated to have the teams travel from one country to another as early as September. This means that the matches can resume locally but international matches will be difficult to be held because of the travel factor.”

Bah further said that if AFCON fails to take place in January 2021, the next best option would be to stage the tournament 12 months later so as not to ‘compete’ with the European championship and Copa America.

“If we cannot make up for the AFCON 2021 qualifiers in October and November, we will have to think of another plan… But today the longer the crisis lasts, the more this scenario deserves to be thought about. AFCON next January however remains our number one priority.

“January 2022 remains the second option for AFCON 2022. As everyone knows, playing in June/July in Cameroon is difficult because of the weather conditions,” he said.

Also affected by the Coronavirus is the Africa Nations Championship (CHAN) which was due for April 2020 in Cameroon as well as the Africa Women Cup of Nations which was slated for November and CAF admits that both tournaments will be difficult to reschedule.

Kenya is in the same group with Egypt, Togo and Comoros in the qualification stage of the tournament’s next edition.