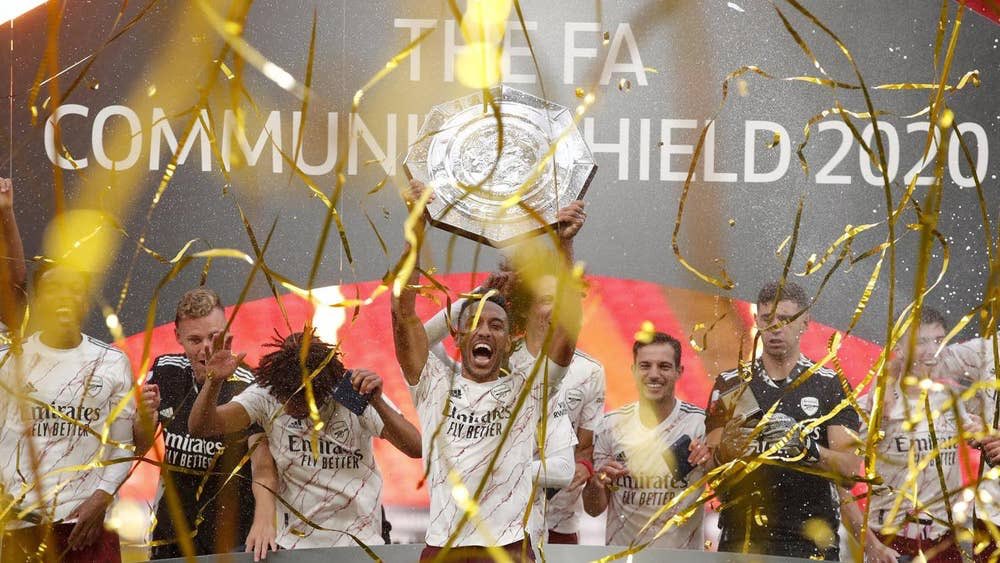 Arsenal defeated Liverpool 5-4 on penalties to win the FA Community Shield on Saturday here at the Wembley Stadium. The normal 90 minutes action ended in a 1-1 draw, and as a result, the match went into a penalty shootout.

Liverpool had won the 2019-20 Premier League title while Arsenal had won the FA Cup after defeating Chelsea in the finals.

In the match against Arsenal, Liverpool’s van Dijk had the ball into the back of the net but the goal was disallowed as the defender was deemed offside.

Eventually, Arsenal struck first, owing to Pierre-Emerick Aubameyang’s goal in the 12th minute of the match.

No more goals were scored in the first half, and Arsenal went into the half time with a 1-0 lead against Arsenal.

Liverpool pressed hard in the second half, and finally, their efforts paid off in the 73rd minute as Takumi Minamino got the equalizer for the side, bringing the score line to 1-1.

The normal 90 minutes action concluded in a draw and as a result, a penalty shootout was witnessed to find out a winner.

And finally, Arsenal emerged as winners after defeating Liverpool 5-4 on penalties.

Now, Liverpool and Arsenal will be seen in action in the Premier League.

Arsenal will take on Fulham while Liverpool will face Leeds United in their opening matches of the Premier League 2020-21 season on September 12th.

Kindiki Says He Will Fight Banditry and Terrorism