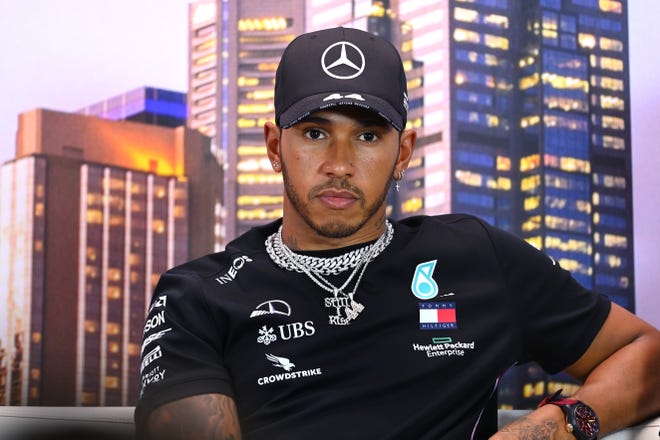 848
SHARES
3.3k
VIEWS
Share on FacebookShare on TwitterShare on WhatsApp

Formula 1 champ Lewis Hamilton criticizes motorsports’ silence over George Floyd: ‘I stand alone’, he said. Lewis Hamilton has criticized Formula 1 for its silence as an industry while a number of sports organizations and athletes are shining the spotlight on the Black Lives Matter movement.

The death of George Floyd by a white Minneapolis police officer has led to both peaceful and violent protests in the United States and worldwide.

A number of sports stars have been speaking out on social media, while Sunday’s Bundesliga soccer games in Germany saw Borussia Moenchengladbach striker Marcus Thuram take a knee and a number of Borussia Dortmund players show messages reading ‘Justice for George Floyd’ after scoring.

Thuram’s pose was shared by his club’s official Twitter account, while NFL commissioner Roger Goodell released a statement saying “there remains an urgent need for action.”

However, with no official comment from F1 itself or another driver at the time, Hamilton, Formula 1’s first black driver, called out his sport for not doing more about racial injustice.

“I see those of you who are staying silent, some of you the biggest stars yet you stay silent in the midst of injustice,” Hamilton wrote on Instagram.

“Not a sign from anybody in my industry which of course is a white-dominated sport.

“I’m one of the only people of color there, yet I stand alone.

I would have thought by now you would see why this happens and say something about it but you can’t stand alongside us. Just know I know who you are and I see you…”

Hamilton later added a further post saying he does not support violent protesting, while also drawing attention to his own experiences of oppression in Europe.

“I do not stand with those looting and burning buildings but those who are protesting peacefully. There can be no peace until our so called leaders make change.”

“This is not just America, this is the UK, this is Spain, this is Italy and all over.

The way minorities are treated has to change, how you educate those in your country of equality, racism, classism and that we are all the same. We are not born with racism and hate in our hearts, it is taught by those we look up to.”

I wanted to take a moment to acknowledge my dad, a strong and successful black man. Because of him, both @nicolashamilton and I have careers, strong mindedness and determination. He has always been my hero. Happy 60th Birthday dad🖤 #blackexcellence #happybirthday pic.twitter.com/CHBnbq0TjG

Following Hamilton’s posts, Williams driver Nicholas Latifi posted a tweet simply saying, “This has to stop” and the hashtags #JusticeForGeorgeFloyd and #BlackLivesMatter.