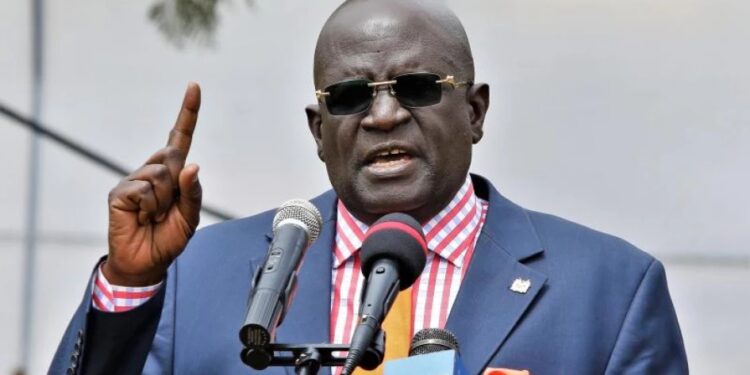 In a communique sent to newsrooms, the ministry stated that it reached the decision after robust consultations with the Independent Electoral and Boundaries Commission(IEBC).

In the letter undersigned against the name of CS Magoha, the ministry stated that it has been informed that the process of tallying ballots may stretch past the re-opening dates it had earlier gazetted. 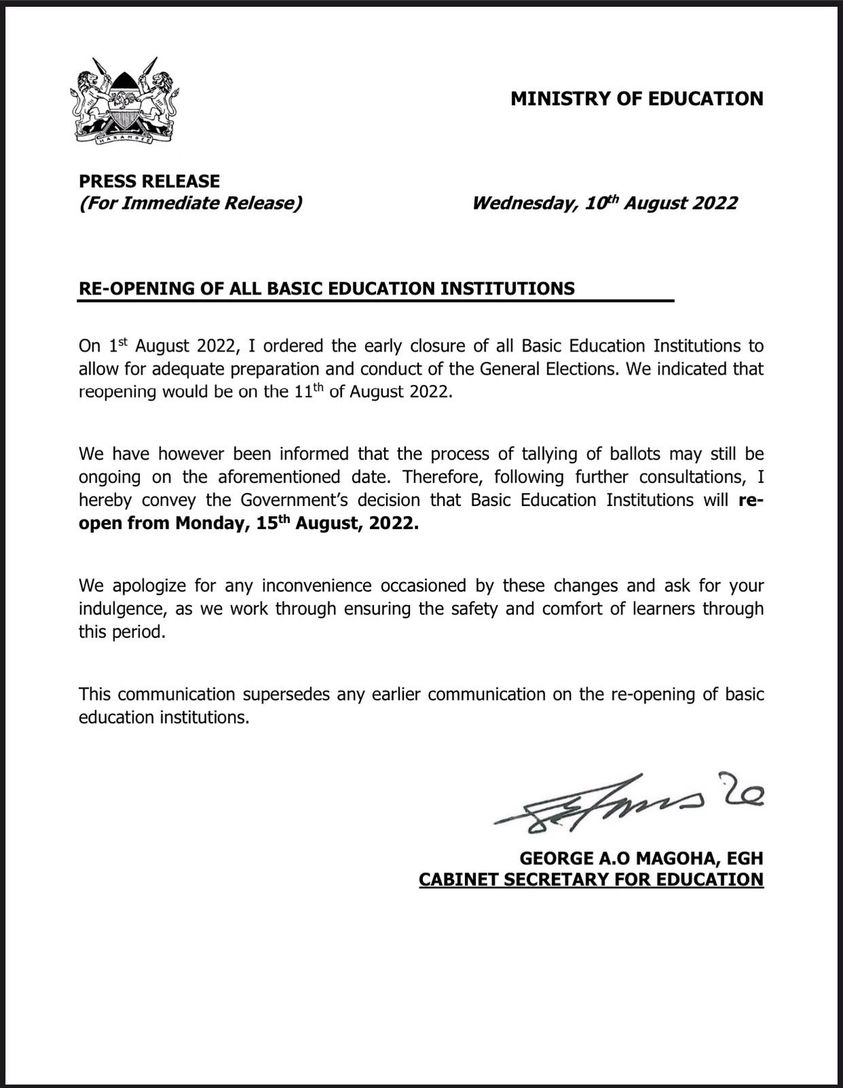 In a statement on Wednesday, August 10, Magoha stated that on further consultation, they had resolved to push the opening forward.

“We have however been informed that the process of tallying of ballots may still be ongoing on the aforementioned date. Therefore, following further consultations, I hereby convey the Government’s decision that Basic Education Institutions will reopen from Monday, 15th August, 2022,” read the statement in part.

Magoha had on August 1, 2022, ordered the closure of schools to allow adequate preparation for the conduction of polls. The CS had indicated that the institutions would re-open on August 11, 2022.

The ministry apologized for any inconvenience occasioned by the new development.