by Walter Kinyua
in Cricket, Sports
0 0
0 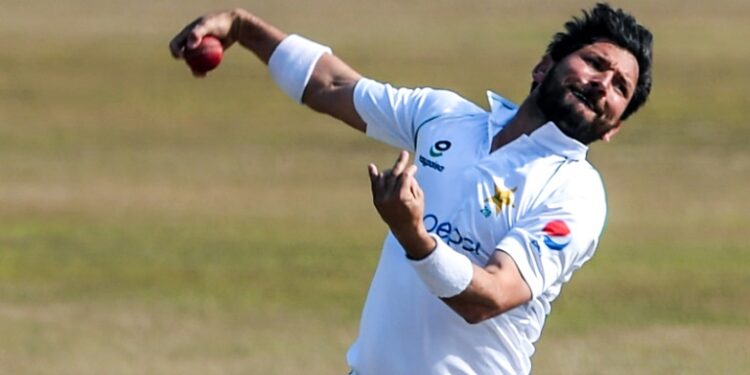 874
SHARES
2.2k
VIEWS
Share on FacebookShare on TwitterShare on WhatsApp

Pakistan take on Zimbabwe without key leg-spinner Yasir Shah in a two-Test series which starts in Harare on Thursday, but are “confident” after beating South Africa earlier this year.

Yasir has been an integral part of Pakistan’s Test bowling attack since making his debut in 2014, only missing two tours — to Ireland for a single Test and a two-match visit to England — both in 2018.

Yasir, who has taken 235 wickets in 45 Tests, is absent with a knee injury.

The visitors will also be without frontline seamer Mohammad Abbas, now starring for Hampshire in English county cricket, who lost favour with selectors early this year.

The Babar Azam-led Pakistan will instead rely on the pace trio of Shaheen Shah Afridi (15 Tests), Hasan Ali (11) and Faheem Ashraf (eight), while Nauman Ali (two Tests) is the frontline spinner.

They also have leg-spinner Zahid Mahmood and off-spinner Sajid Khan to chose from, who both have not played a Test yet.

Pakistan head coach Misbah-ul-Haq believes his team can kick on from that 2-0 series win.

“Our confidence level is good after winning the home series against South Africa so we hope to carry that good performance,” Misbah told AFP.

“Yes, we don’t have Yasir but the back-up spinners, like Sajid and Mahmood, are good and in the absence of Yasir they have a good opportunity to perform.”

Azhar is one of the two survivors from the last Test between the two sides in Harare seven years ago, when the hosts upset Pakistan by 24 runs to achieve a 1-1 series draw.

Improving Zimbabwe
Zimbabwe will hope to continue their form from the preceding three-match Twenty20 series. Despite losing 2-1, they gave their higher-ranked opponents a tough contest.

“It was a very good series with a young side,” said skipper Sean Williams, who has hit hundreds in each of his last three Tests.

“We’ve got some talented young batsmen and bowlers and we are really excited for the Test series.”

Besides Williams, the other crucial batsman remains Brendan Taylor, the only other player who featured in the Pakistan-Zimbabwe Test in 2013.

In Blessing Muzarabani and Victor Nyauchi, Zimbabwe have a potent pace attack strengthened by Luke Jongwe, expected to make his Test debut after taking nine wickets in the T20 series.

The second Test will also be in Harare from May 7, with the full tour played behind closed doors due to Covid-19.

NACADA Urges Youths To Maintain Peace Ahead Of Polls